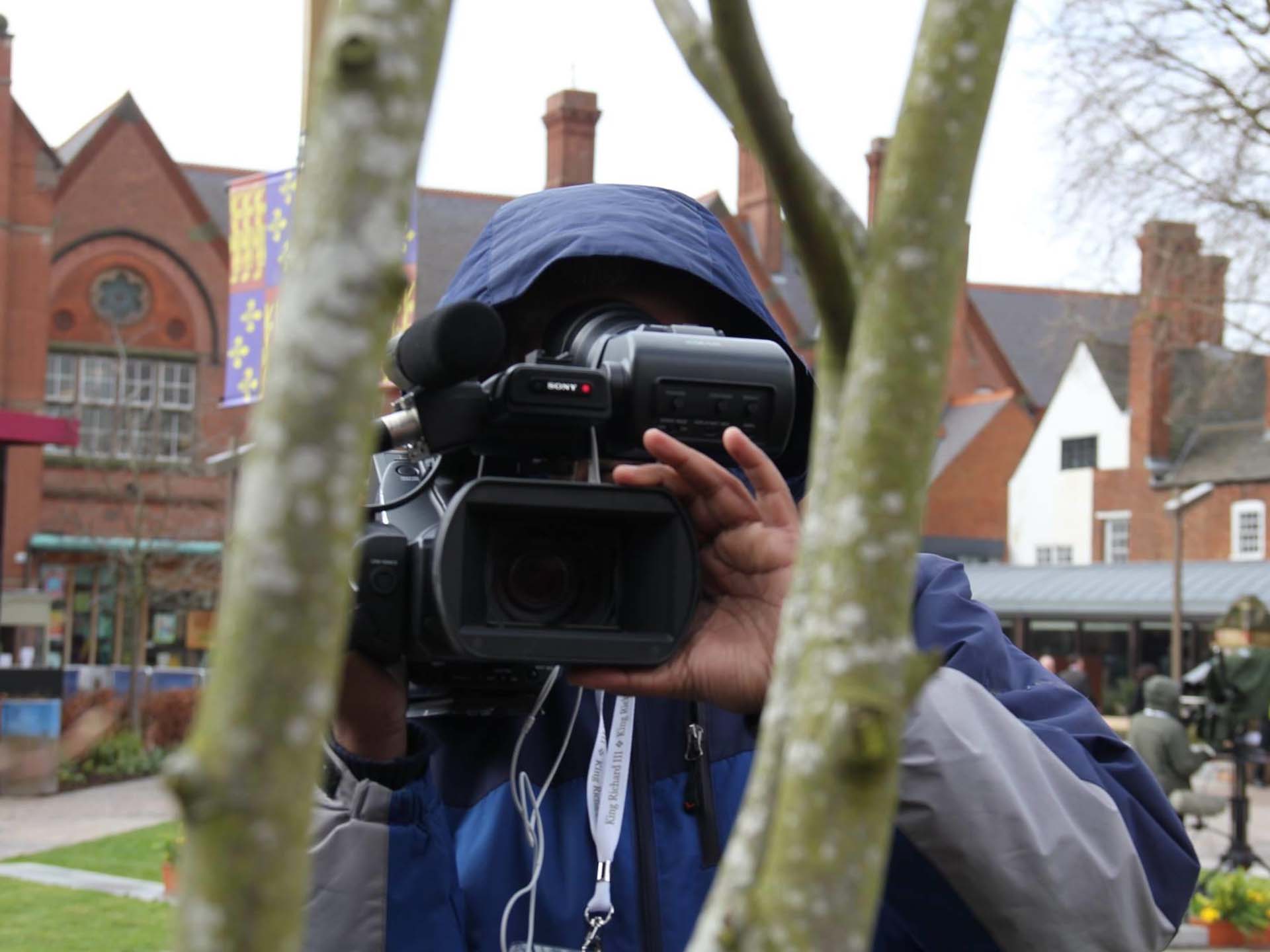 “The pen is mightier than the sword,” as the old saying goes. And it seems there’s no industry where this holds more pertinent than the world of journalism.

But is a pen always needed to tell a story? This was something Romail asked himself when he pondered whether his lifelong dream to become a journalist was realistic.

Growing up in Pakistan, going to school had been a privilege. Some months, his family managed to scrabble together the money to pay for his school fees and other months, he was turned away at the gate.

But nevertheless, after moving to the UK in his twenties, although he could barely read or write English, he found himself browsing the journalism courses offered by South Leicestershire College.

He had an inquisitive mind and a passion for storytelling. He’d watched the sharply dressed reporters on the television and somehow, instinctively, he knew that he could do it too. Not only do it but be good at it.

After explaining his predicament to a tutor at the college, he was given a glimmer of hope. As a provider of equal opportunities, Romail would be able to record his assignments rather than having to write them down. This was the chance that he had been waiting for. He enrolled on the course and almost immediately, began putting his new skills to use.

Although he was passionate about broadcast journalism, there was still times in the day that he would be confronted by the written word. He found ways to navigate this, mainly asking those around him for help. He’d lean on family members, friends and colleagues and had eventually created a support system that would help him on his journey to launch Pukaar Group.

He travelled around the world with his camera and mic and interviewed A-list celebrities, filmed hard-hitting documentaries and simultaneously directed teams of journalists on massive projects. And all the while, he found more and more innovative ways to get around his lack of reading and writing skills.

Today, he is founder of a news site, executive publisher of a magazine and has had his work broadcast by channels such as ITV, BBC and Sky News. But above all, he is the embodiment of determination and resilience in the face of adversity and misfortune.